See Wildlife from your Car 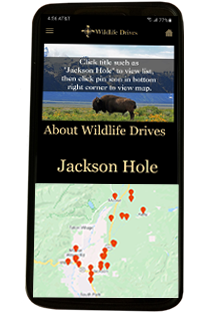 Recognize animals by scrolling through our vivid photo gallery 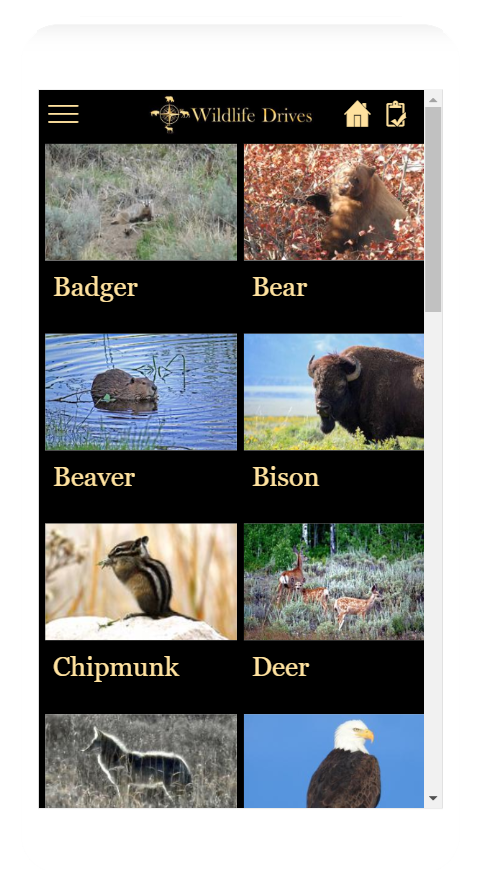 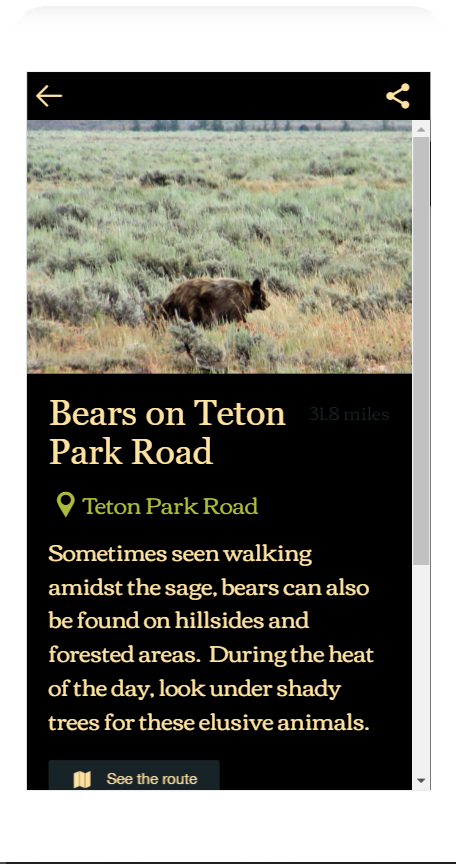 "Where can I see a moose?" "My kids really want to see a buffalo!" While working at the Jackson Hole Stagecoach, we interacted with visitors from around the world, and the most common question was where to see wildlife. Being locals, we were able to make suggestions based on our personal experience. The need for a guide with specific locations for wildlife viewing in Grand Teton and Yellowstone became obvious. Wanting to share our love of wildlife and the excitement we feel each time we encounter an animal, we created the Wildlife Drives App.

Get the app. See the wildlife. Get the picture?

Click here to put your business on our map with a sponsorship!

What people are saying about us

Bison traffic jam had the children howling at their antics!

Looking into a bear's eyes

Driving underneath a bear in a hawthorne tree along the Moose-Wilson Road allowed the unforgettable opportunity to safely look into a bear's eyes!


The Sound of Fall


We named him Cliff

Perched high up the mountainside, this Mountain Goat made an indelible impression as he leapt sure-footedly from one rocky outcrop to another.

Lying under the shade of the cottonwood trees in Moose, a moose with enormous antlers hid from the passers-by who were within feet of him but never noticed!

A little girl stood next to the beaver pond on the Moose-Wilson Road and whispered, "I want to see a beaver!" It only took a quick finger point for her to realize the beaver was almost at her feet!